The fine grade of Harena gives the adsorbent a very large surface area which aids the bonding process of hydrocarbons and ensuring a quick and efficient capture of contamination.

Harena has a number of features which make it a suitable choice for a wide range uses from spillage control to hydrophobic sealing. These are as follows;

Harena is available in a number of formats. These are as follows;

Harena is a versatile product with a number of applications. These include... 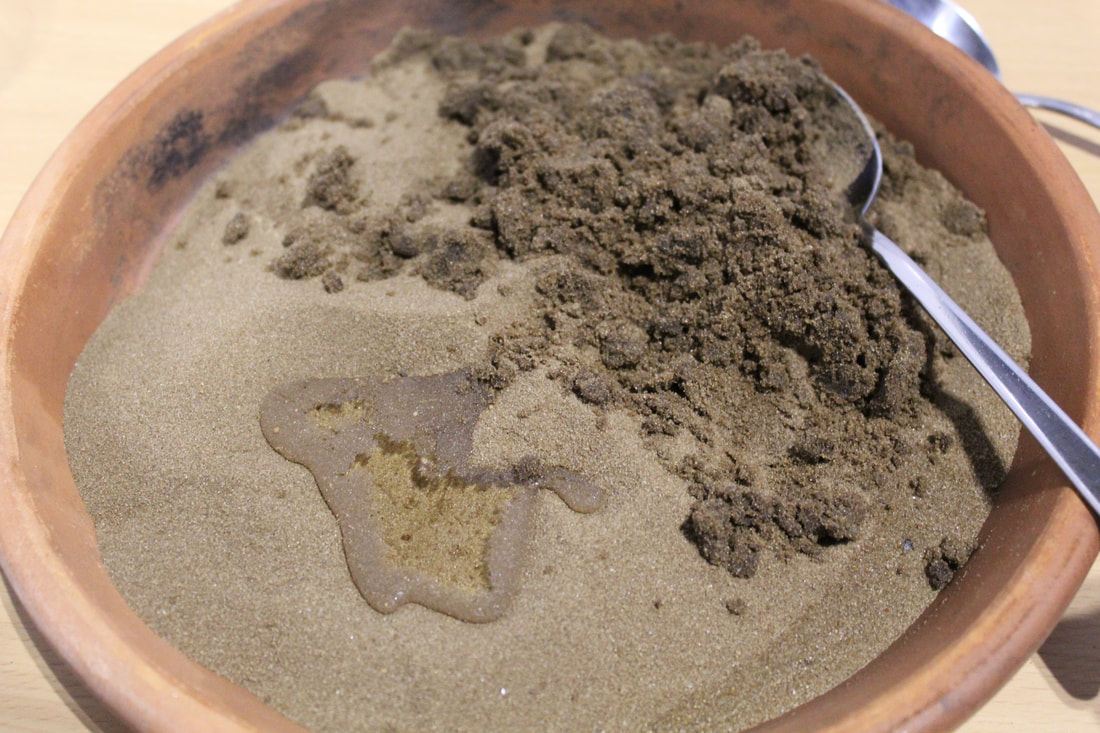 1. Contamination prevention
​
Harena can be used as a pollution control measure to prevent ground contamination. Harena can be used as a successful bund for a number of scenarios when it is critical to prevent contaminating hydrocarbons from gaining access to surrounding environments, such as water courses and tables (see case studies).
The simple column test below highlights the benefits of utilizing Harena to prevent contamination progressing through to a calcium carbonate sub layer such as is typically found in the South-East of England.
In the before and after trial photos below we have used ordinary, similar fine grade sand as a means to highlight the difference achieved. We added 500ml of dark, viscous garage waste oil into a 150mm diameter column and monitored for a 24hr period.
​The Harena in the right hand column has fully captured the garage waste oil and prevented it from migrating through to the calcium carbonate. The left column highlights what would have happened without the Harena bund fail safe in place.
2. Pipework and cable bunding.

The photo’s below show the same benefit when used as a protective bund around pipe-work or cabling. Contaminating garage waste oil migrates along a length of Harena, rather than penetrating through and contaminating the chalk layer. This feature creates a fail-safe where regular pipe-work monitoring is difficult. In addition, a Harena pipe-work and cabling bund will aid further protection by behaving as barrier cushion against flints, stones and other sharp objects found in the ground.

The wide ranging features of Harena make it the perfect solution for spillage control. Harena will bond from a variety of ground surfaces including semi-porous surfaces such as concrete and asphalt, providing a complete clean without residue or staining. (See photos below)

Harena is effective at bonding all hydrocarbon based liquid compounds and be utilised on both thick viscosity heavy oils such as bitumen and crude, and light ultra thin viscosity oils such as silicon oils and fuels.
Harena is a fast response adsorption media capable of removing spillage quickly and effectively, thereby reducing the impact of contamination on the surrounding environment as quickly as possible.
4. Highly flammable hydrocarbons

When used to clean up volatile hydrocarbons, such as petrol and diesel. Harena is able to add some significant safety factors. Harena is capable of bonding both the liquid and vapour elements of the hydrocarbon molecule, thereby creating a significantly reduced spark and fire risk than with conventional absorbent options. This unique feature means, Harena is able to improve health and safety for a number of spill response uses such as road traffic collisions and petroleum forecourt spillage, among others.

The video below highlights the ability of Harena to completely prevent the ignition of the bonded petrol creating a safe environment. Use of sand or regular absorbent materials to absorb volatile hydrocarbons will not prevent a potential combustible situation. For the test we have shown the difference between Harena and sand, which is commonly used on a forecourt for spill control. We have used 100ml of petroleum in each ceramic tray.

The fast bonding action and ability to prevent secondary fire risk, make the Harena adsorbent the most effect granular spill control product where fire risk control and health and safety controls are of paramount importance.
5. Wet and water environments

Harena is able to benefit when contaminating hydrocarbons are found in wet areas and surfaces.
Harena is able to remain fully hydrophobic whilst purely bonding the contaminating hydrocarbon. Bonded contaminate will remain non-leaching even whilst submerged in water. (see images below)
As a weighted granular, Harena will not float on water for a prolonged time period. For lightweight, floating solutions, please visit HarenaLux - lightweight adsorbent and/or Cushions, socks and spill kits product pages.
6. Ground remediation

​Harena is a credible solution ground remediation where hydrocarbon contamination is a factor. Removing fuels and oils trapped within sediments is often time consuming and costly to remediate, especially when sediments require off site treatment. This is not only expensive but also adds significantly to the carbon footprint and environmental impact of the remediation project.

Harena can be mixed within these contaminated sediments to capture and isolate the contamination from the surrounding environment. Due to the non-leaching feature of Harena, these captured hydrocarbons can be safely remediated on site without the need for off-site treatment.

The fine density size and hydrophobic feature means Harena is highly effective at creating a watertight seal. Harena is being utilized because of this feature to seal gas wells on a number of landfill sites around the UK. Harena is to prevent water and air penetration around a gas well seal to significantly increase the seal longevity without degradation whilst simultaneously allowing for increased gas volume and quality draw off. The diagram below shows the seal design. 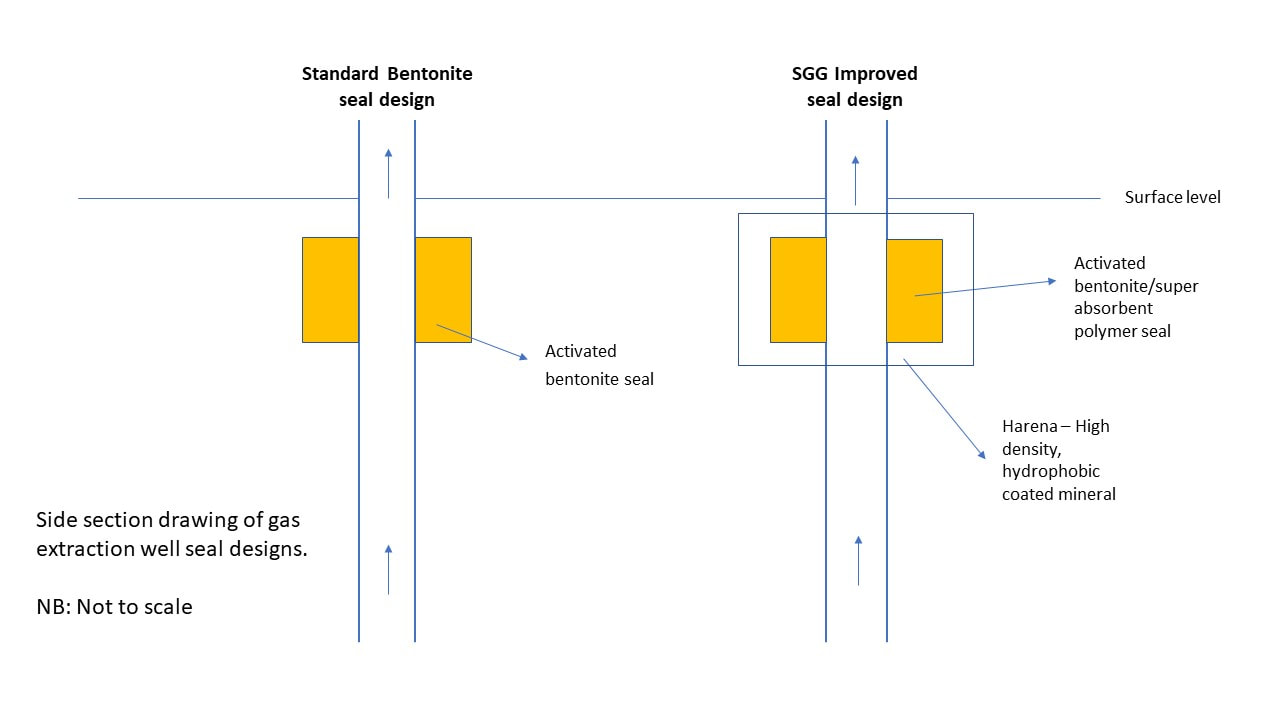